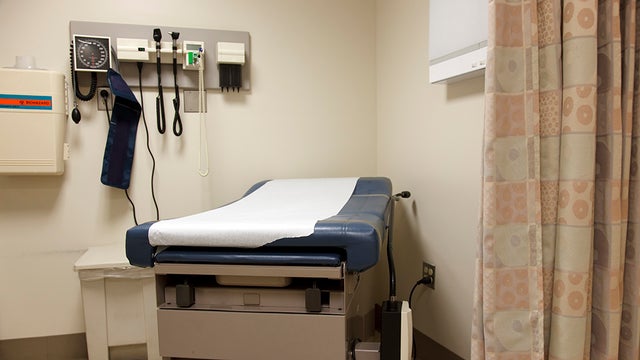 The Medicaid program was established as a federal-state partnership, but it has become a partnership in name only as the result of a complicated maneuver in which states impose taxes on health care providers in order to extract tens of billions of dollars yearly from the U.S. Treasury via an arcane Medicaid financing mechanism. The scheme renders Medicaid almost entirely a federally financed — or over-financed — program.

Almost every state employs this tax maneuver to
trigger the annual release of matching funds over and above the money the
federal government sends as its share of reimbursements to hospitals for
medical services they provide to Medicaid patients. In a 2014
report, the General Accountability Office
criticized these so-called provider taxes, which fall most heavily upon
hospitals.

One might wonder why the government is taxing
hospitals, which raises the cost of the nation’s primary providers of health
care services. Many are nonprofit organizations; why tax nonprofits? Many are
for-profit organizations and already pay corporate income taxes; why levy a
second tax? It is truly strange and wonderful.

Don’t count out Michael Bloomberg — his unconventional strategy might work

By Red Jahncke on Dec. 5, 2019
Don’t count out Michael Bloomberg — his unconventional strategy might work 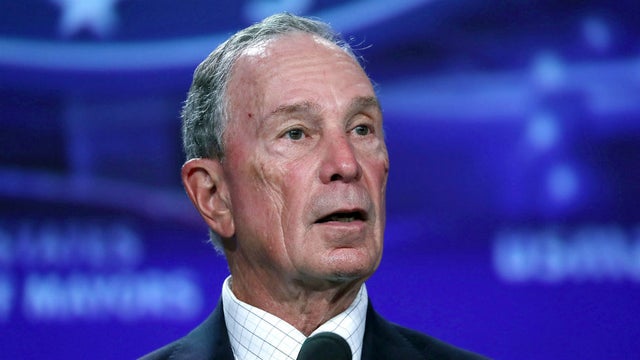 Michael Bloomberg’s entry into the presidential race about a week ago was panned almost universally. Political pundits dismissed his bid, many with trite “truisms” about political tradecraft. First, that money can’t buy the presidency. Second, that his late entry is fatal. Third, that by skipping the first four contests, he will fall hopelessly behind. Fourth, his policy stands are all over the map, so he has no natural following or base.

First, let’s be realistic, his $50 billion provides him a tremendous advantage.

Second, pundits have deemed his late entry to be fatal, as if late entry alone were as fatal as stage four pancreatic cancer. What has passed as analysis has been limited to references to the failure of other late entrants. Yet, none of the referenced candidates had Bloomberg’s money, and virtually all failed for reasons other than late entry — and the same reasons have felled early entrants.

In 2016, late entrant Rick Perry was felled by momentary brain freeze about the third in his trademark list of three federal agencies he’d shutter. However, the earliest entrant in the 1968 contest, George Romney, was eliminated well into his campaign by just one word, “brainwashed,” and in 1972 another early contender, Ed Muskie, by a single sob on the campaign trail just days before the New Hampshire primary.

Third, skipping the first four contests has an obvious and compelling rationale. To flip a popular saying: You can’t lose it if you’re not in it. This is a variant of the successful strategy of American revolutionaries: They ran away to fight another day. Bloomberg will survive the first four contests. Every other candidate, except four at most, won’t.

There are virtually no delegates at stake in these early contests — just 4 percent of the total. The winner(s) of those contests will have virtually nothing to show for the enormous effort entailed, except bragging rights, which then must be defended in the next of the four contests to meet elevated expectations and to maintain momentum.

Bloomberg won’t have lost any meaningful ground, unless one candidate rolls the table, winning all four early contests. What are the odds of that? South Bend, Ind., Mayor Pete Buttigieg has surged into the lead in Iowa and New Hampshire, but is mired in single digits in the following contest in South Carolina, where former vice president Joe Biden holds a commanding 19-point lead.

If Bloomberg hasn’t lost anything, what has he gained by skipping the first four contests? Here it gets interesting.

The Senate should host the State of the Union

By Red Jahncke on Jan. 18, 2019
The Senate should host the State of the Union 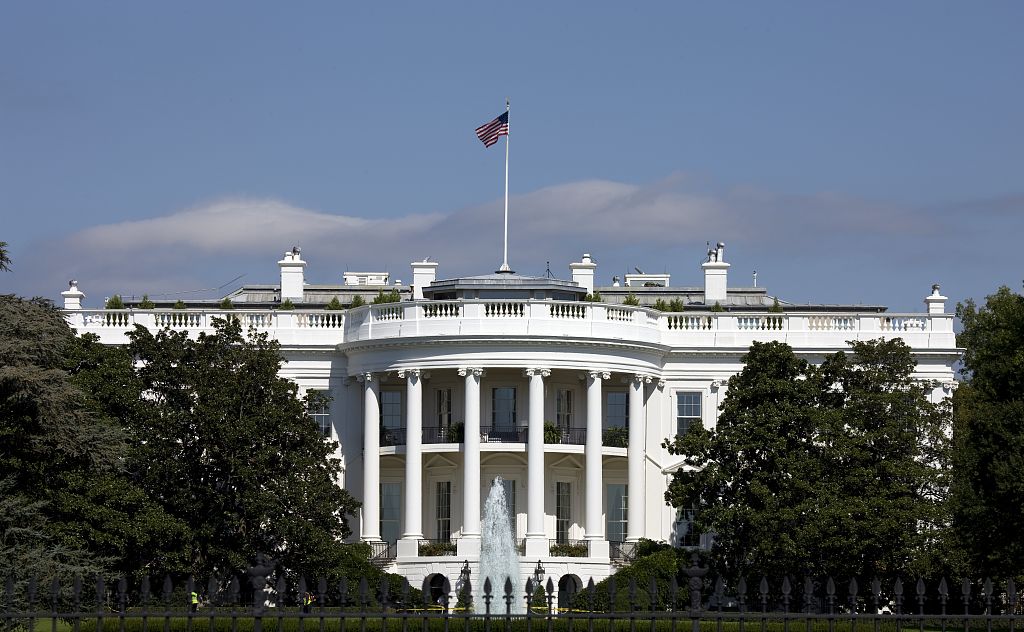 House Speaker Nancy Pelosi (D-Calif.) has suggested delaying or scrapping the annual State of the Union address by the president of the United States to a joint session of Congress and that, instead of delivering the address in person, President Trump send a written report. Pelosi alleges security concerns and hasn’t filed a concurrent resolution to set Jan. 29 as the day for his speech.

No matter how ludicrous Pelosi’s pretext… er, reason, Trump should agree immediately, and then, Senate Majority Leader Mitch McConnell (R-Ky.) should step in with an invitation for Trump to deliver an address in the Senate chamber.

A no-confidence vote was called this week in the British Parliament; Prime Minister Theresa May

The backstop is a solution in search of a problem. It purports to preserve the open border between tiny Northern Ireland, the only non-contiguous part of the United Kingdom, and the Republic of Ireland, its land neighbor on the Emerald Isle.

In truth, the open border can preserve itself, because trade and immigration flows across it are miniscule. The trade amounts to a rounding error in Britain’s overall volume of trade, and so does immigration in relation to overall migration into Britain.

The new war profiteers: Nike and The NY Times

Nike and The New York Times are modern-day war profiteers. Nike’s new Colin Kaepernick marketing campaign is designed to stoke polarization — and coin money. Ditto The New York Times and its recent anti-Trump op-ed by "anonymous," the “high official” inside the Trump administration.

The irony is rich. Nike as provocateur and the Times as enabler of a self-confessed subversive at the heart of government are engaging in the very divisiveness of which they accuse President Trump.

Another profession has closed ranks around a few bad actors. Despite the protestations of almost 200 former intelligence officials, common sense suggests that there was good reason to revoke John Brennan’s security clearance.

Few would think of Donald Trump’s foreign policy as Nixonian or Reaganesque, but it sounds like the president is playing their sheet music. In 1972, Nixon went to China to engineer the Sino-Soviet split, fracturing communist unity in classic divide-and-conquer diplomacy. In the 1980s, Reagan launched an arms race that the Soviet Union could not afford, leading to Soviet collapse and U.S. victory in the Cold War.

A union scam could be about to end

One of the worst public-sector union scams is about to end. “Partial public employee” unions represent in-home health aides, paid by states with Medicaid money to care for disabled beneficiaries—often the aides’ own children or elderly parents.

In recent decades, PPEs have typically come into existence when Democratic governors order union-certification elections with loose rules, usually including a participation rate of only 10%. Many workers are unaware that they have become union members. They remain ignorant, as the state deducts union dues and fees before sending payments. Such payments are usually made through direct deposit and often without an itemized pay stub.

For the eurozone, auf Wiedersehen would be better than ciao

During the euro crisis in 2012, a Greek exit from the euro was the fear. Today, an Italian exit is the worry.

All along, contrarians have called for Germany to leave the eurozone, observing that the currency union’s central problem is a severe imbalance, with Germany so much larger, so much more robust economically and so much more export-driven than all others. Remove it and the zone’s problems would disappear.

Today, this contrarian idea is even more compelling.

Connecticut’s ‘exceptionalism’ is nothing to be proud of

Republicans and Democrats are convening to nominate candidates for statewide offices in Connecticut’s most consequential election ever.

Democrats have had absolute control of the state for eight years, with disastrous consequences. The state has run budget deficits every year, taxes and bonded debt have increased markedly, and corporations have taken flight. Post-recession economic growth has been the weakest of the 50 states, with the economy actually shrinking over the past two years.