By Red Jahncke on Oct. 21, 2022
Germany Must Rearm, American Business Should Re-shore

Recently, I was seated at a dinner party beside a young lady whose life has spanned the globe. Let’s call her Amy.

Amy is an American who lived overseas for a significant stretch of her childhood, before returning to the U.S. for college. After graduation, she left again to attend graduate school.

Along the way, she met and married a European, who had hopscotched Europe and then traveled to the U.S. in his career pursuits.

Now, Amy and her husband live and work in Berlin.

The couple seem citizens of the world, their lives an idyl of globalism and their horizons limitless in an interconnected and interdependent international system.

Yet, today, we are seeing more of the downside of globalism. Beware any phenomenon embraced so passionately that it becomes an “ism.”

The Silent Price You’ll Pay for Our Mounting National Debt

By Red Jahncke on Sep. 29, 2022
The Silent Price You’ll Pay for Our Mounting National Debt 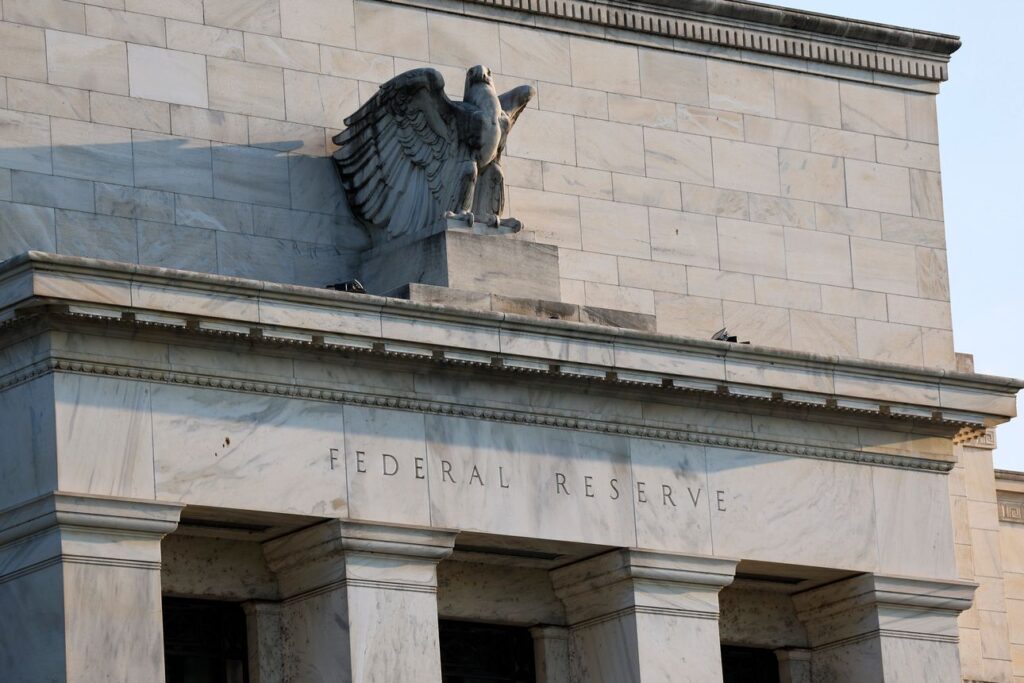 After an unexpectedly hawkish Federal Reserve raised interest rates by 75 basis points for the third consecutive time last week, all eyes were on markets and the economy. Few, however, paid attention to the effect persistent inflation and higher interest rates will have on Uncle Sam.

That’s surprising. Gross interest expense on the national debt hit $88 billion in August according to the Monthly Treasury Statement. That’s a stunning annualized rate of $1.06 trillion. Interest on the national debt is exploding and heading toward what economists refer to as a “doom loop”—the vicious cycle in which the government’s borrowing to pay interest generates yet more interest and yet more borrowing.

The August numbers barely reflect the impact of the Fed’s interest-rate hikes between March and July, much less last Wednesday’s increase and the additional 1.25% by year’s end implied by the Fed’s new guidance.

The Fed’s more-hawkish guidance calls for “higher rates for longer,” even if it brings on recession.

Not only are rising interest rates driving up federal interest expense dramatically; inflation is propelling growth in government spending on Social Security benefits, Medicare and other government healthcare programs.

Naturally, if we do slip—or plummet—into a serious recession, federal income tax revenue will erode. Even before recession, the last nine months of declining stock and bond markets virtually assure an almost complete collapse in capital-gains-tax revenue.

The national debt is working like a cancer sapping the nation’s long-term economic vitality.

Not An Isolated Incident

Recently, an assistant school principal in Greenwich, Connecticut was caught on video avowing that he hires only progressive teachers. He explained that he won’t hire Catholics because they are too rigid, nor older teachers since they are too set in their ways, for him to be able to bend them to his mission of progressive teaching.

In Greenwich, he is probably an outlier. I live in Greenwich, and I have a second grader in the school system. He has had two great teachers and is just starting with a third of apparent great promise. Yet, most of the progressive education mischief occurs in higher grades, so I will reserve judgment.

The reality is that this is not a Greenwich issue. It is a national issue, more precisely a Beltway issue. The national teacher unions headquartered in Washington DC and the Biden Administration are very clearly pushing a left-wing agenda. The unions and Biden are doing everything possible to inject critical race theory (CRT) into the nation’s public schools, despite all their protestations to the contrary.

By Red Jahncke on Jun. 30, 2022
Rising Interest Rates Will Crush the Federal Budget 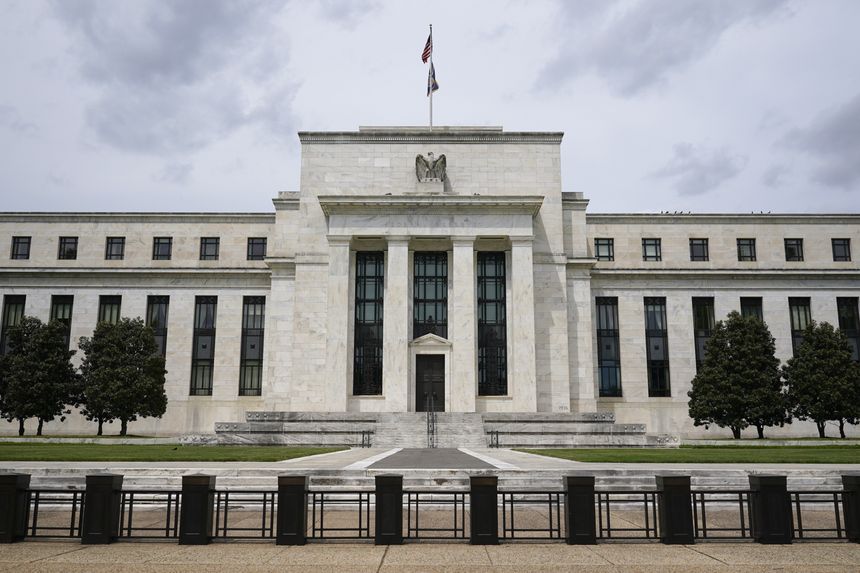 The Federal Reserve’s policies of increasing interest rates and quantitative tightening—reducing its $8.9 trillion balance sheet—will increase the volume and cost of federal government borrowing, slamming the federal budget and exposing the consequences of decades of deficit spending.

The impact will be felt even without a recession, but if the economy does contract, the government will have limited capacity to spur a recovery with fiscal stimulus.

Since February 2020, publicly held U.S. Treasury debt has exploded, growing from about $17 trillion to $24 trillion. Almost half of the increase has wound up at the Fed, whose Treasury holdings have ballooned from $2.5 trillion in February 2020 to $5.8 trillion.

By Red Jahncke on May. 16, 2022
Falling Markets Will Crush Government Budgets 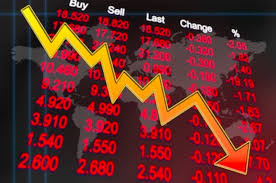 Investors are painfully aware of the plunge in stock and bond markets so far in 2022. Are federal and state officials aware of the damage plunging markets will soon do to public budgets and finances? Tax revenue from capital gains is about to fall off a cliff.

The Monthly Treasury Statement for April indicates that capital-gains tax revenue reached record levels in 2021. The markets are telling us capital gains will shrink dramatically in 2022.

If what the statement and the markets are signaling is correct, the reversal of fortune for federal tax revenue could be as much as $250 billion. In states like New York and Connecticut and others which are heavily reliant on individual income taxes, the reversal could be devastating.

In Belated Observance of Lincoln’s Birthday

By Red Jahncke on Apr. 6, 2022
In Belated Observance of Lincoln’s Birthday

We cannot change history, but we can explore different courses it might have taken.

Imagine Booth had not shot Lincoln.

The West Should Establish a No-Combat Zone in Western Ukraine

By Red Jahncke on Mar. 16, 2022
The West Should Establish a No-Combat Zone in Western Ukraine 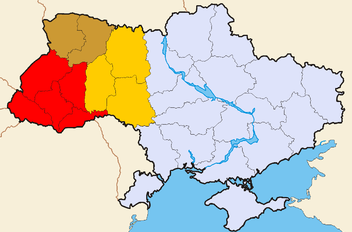 The U.S. and key NATO members should occupy western Ukraine and establish a no-combat zone. They should take action despite Putin’s nuclear threats, and they should act immediately, because the window of opportunity is closing.

A full NATO occupation of western Ukraine would preserve a free and independent nation in the west, while diminishing chances of Ukrainian success in the east. Yet those chances seem low at present, despite President Zelenskyy's incredible leadership.

In order not to provoke Vladimir Putin into direct conflict with NATO/U.S. forces, it would have to be a two-sided no-combat zone, off limits to both Ukrainian and Russian aircraft and ground troops and the transit of arms supplies to Ukrainians fighting in the east. It could not be a protected zone from which Ukrainian troops and planes could launch attacks on Russian forces to the east.

Suspension of arms support for Ukrainian fighters in the east would be a bitter pill for President Zelenskyy. Yet in the absence of any NATO action, the crisis is likely to end in total defeat for Ukraine (and the U.S., NATO and the West).

The east-for-the-west dynamic might offer a welcome off-ramp to Putin who has bitten off a lot, if not too much, to chew.

Putin’s Nuclear Threat Has Worked So Far – What Now and in The Future?

By Red Jahncke on Mar. 8, 2022
Putin’s Nuclear Threat Has Worked So Far – What Now and in The Future? 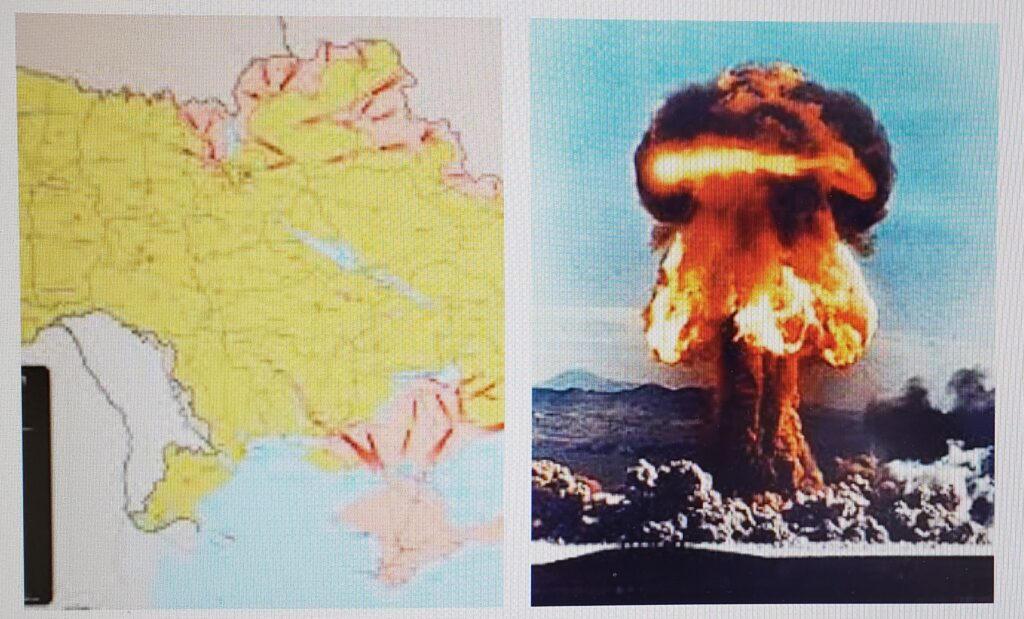 On the first day of his invasion of Ukraine, Russian dictator Vladimir Putin warned Western nations not to intervene lest they face “consequences greater than any you have faced in history.” Three days later, Putin put Russian nuclear forces on some kind of elevated status.

No nations are intervening.

Five days into the war, Putin launched a long-range missile with near-nuclear destructiveness. What looked like a thermobaric missile hit Freedom Square in the center of Kharkiv, Ukraine’s second largest city.

Putin’s nuclear threat has succeeded in scaring off the West, allowing him to employ non-nuclear weapons that are nearly as horrific.

While the West cannot ignore the risk of a nuclear confrontation, it should not be frozen by fear of it in face of Putin’s monstrous acts, those already committed and those in prospect.

With his invasion of Ukraine, Putin has changed the Post-World War II strategic calculus. Until now, nuclear powers have followed the rationale of mutual assured destruction (MAD), namely that, if no one can survive nuclear war, much less win it, then no one will engage in it or even threaten it. This reality has served to channel military confrontations into conventional warfare for three-quarters of a century.

Putin has changed that. He is using nuclear threats and blackmail to create an umbrella under which to conduct one-sided conventional warfare, with his threats immobilizing any conventional military response by opposing nuclear powers. 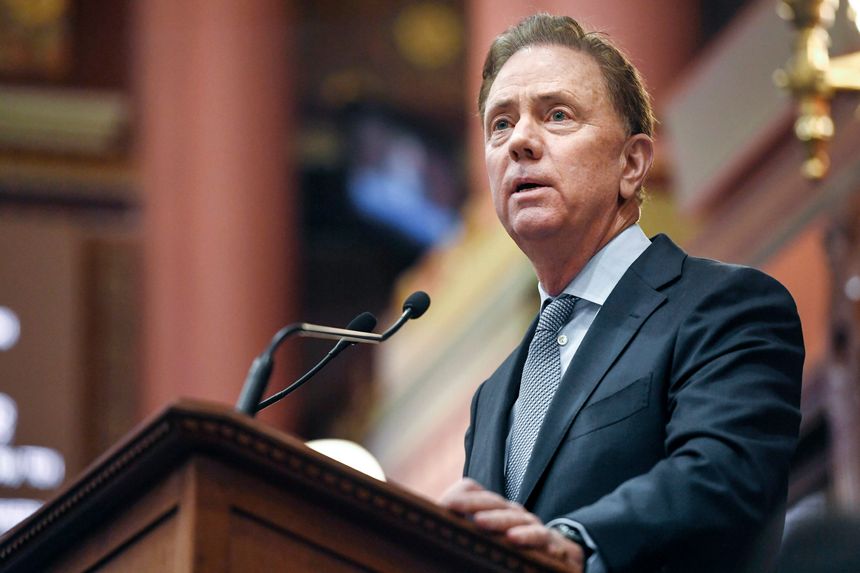 State governments can do many things with the federal aid they received under last year’s $1.9 trillion American Rescue Plan (ARP). One thing they are expressly prohibited from doing is pouring that money into pensions for well-paid public employees. Connecticut is doing it anyway.

Gov. Ned Lamont’s just-released $48 billion two-year budget proposal funnels $2.9 billion in special deposits into the state employee and teacher pension funds. This is an amount equal to the federal aid the state received under ARP. These special deposits are over and above CT’s regularly scheduled $7.2 billion in state contributions to the two retirement systems.

Mr. Lamont outlined his plan for the federal stimulus money in February 2021, before ARP became law. “If additional federal aid for state and local governments is not enacted,” Lamont's budget proposal last year read, the state would draw down its rainy-day “budget reserve fund” (BRF) to fund its budget. But if “unrestricted” federal assistance came through, the state would use that money—rather than the BRF—to shore up the general budget. That would leave the BRF overstuffed. Under state law, when the BRF exceeds 15% of the annual budget, the excess must be moved into the pension funds.

The Pandemic Is Over. Pivot to the Economy.

In the early days of COVID, the key objective was herd immunity. Today, we are there, or very nearly so. We should declare victory. It has been a costly victory. It may be a Pyrrhic victory, unless we pivot rapidly from COVID to the economy.

It is time to address the economic damage wrought by the wholesale shutdown of the economy in response to COVID. At the outset, many observers, including this writer, expressed grave reservations about the shutdown.

The national debt has increased $5.3 trillion, or more than 30%, during the pandemic.