For the eurozone, auf Wiedersehen would be better than ciao

During the euro crisis in 2012, a Greek exit from the euro was the fear. Today, an Italian exit is the worry.

All along, contrarians have called for Germany to leave the eurozone, observing that the currency union’s central problem is a severe imbalance, with Germany so much larger, so much more robust economically and so much more export-driven than all others. Remove it and the zone’s problems would disappear.

Today, this contrarian idea is even more compelling.

Connecticut’s ‘exceptionalism’ is nothing to be proud of

Republicans and Democrats are convening to nominate candidates for statewide offices in Connecticut’s most consequential election ever.

Democrats have had absolute control of the state for eight years, with disastrous consequences. The state has run budget deficits every year, taxes and bonded debt have increased markedly, and corporations have taken flight. Post-recession economic growth has been the weakest of the 50 states, with the economy actually shrinking over the past two years.

Think we should do away with the Electoral College? Think again

Ever since the photo-finish presidential election in 2000, in which George Bush prevailed by a mere 5 electoral votes, despite losing by one-half-million votes in the national popular vote, there’s been criticism of the Electoral College. Following the 2016 election and Donald Trump’s convincing win with a 77 electoral votes, despite Hillary Clinton’s run-up of almost 3 million more popular votes, the criticism has been intense. No surprise.

The anti-College fever, primarily of Democrats, has continued unabated. Last week Democrats in the Connecticut House passed legislation designed to work around the Electoral College and award Connecticut’s seven electoral votes to the winner of the national popular vote.

Just as the Supreme Court was hearing oral argument this week in Janus v. AFSCME, a case in which the court may prohibit forced agency fee payments to all public unions, those unions were about to execute a strategy to nullify the court’s 2014 decision in Harris v. Quinn, which imposed the very same prohibition upon a subset of public unions, so-called partial public employee unions.

America is a meritocracy.

So, why would anyone oppose a merit-based immigration system?

Our current immigration system — if it can be called a system — is broken and generates enormous controversy. Contrast this with Canada and Australia, which admit many more immigrants in proportion to their native populations and suffer no controversy. They use merit-based “point systems,” accepting only the most qualified.

Why the opposition to such a system in America? Well, life imitates art. Much of the real-life opposition derives from a deeply held belief in the evocative poetry at the base of the Statue of Liberty: “Give me your tired, your poor, your huddled masses yearning to breathe free.”

With illegal immigration again surging, why is Congress doing nothing?

Last week’s startling immigration news was not President Trump’s alleged vulgar characterization of certain countries of origin. It was the release of data showing a resurgence of illegal immigration. A New York Times article reported “After Pause, Migrants Are Surging Into U.S. At the Southern Border.”

There is simply no excuse for allowing the southern border to remain unsecured. Yet, successive presidents and Congresses have done so. If any issue was central to Donald Trump’s election, it was a commitment finally to secure the border. It is a position deserving of full Congressional support. 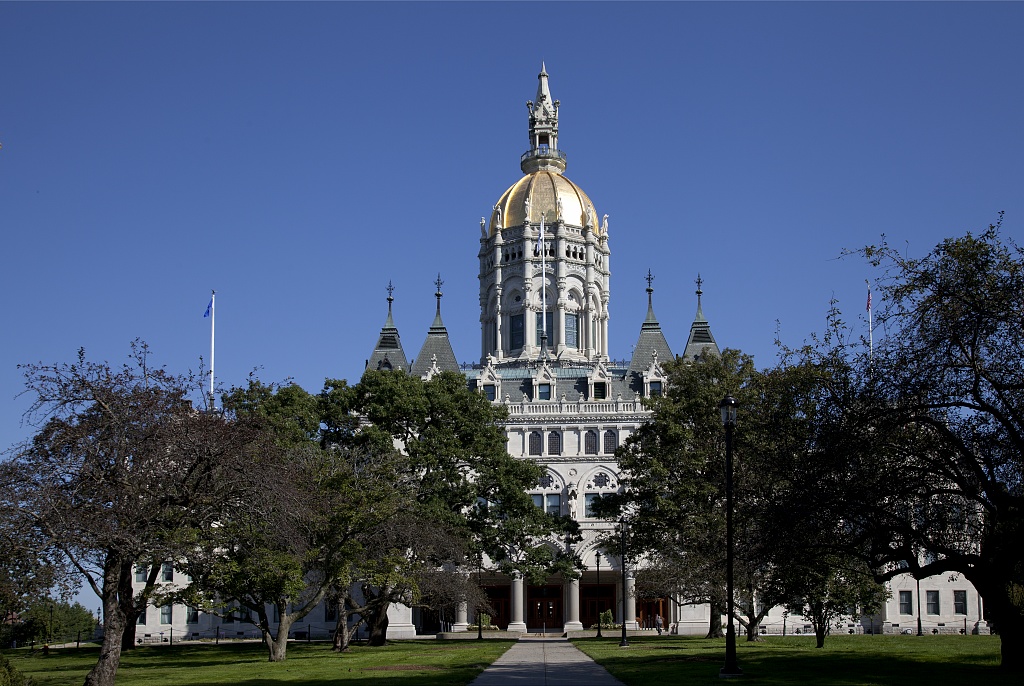 When Connecticut faced a budget shortfall of $2.2 billion, or 11%, this year, it helped close the gap by almost doubling its tax on hospitals, to $900 million. Taxing hospitals sounds strange, especially since most are nonprofits. It also would seem to increase their costs and, thus, the cost of care—much of which, thanks to Medicaid, is borne by the state that levies the tax.

Yet 42 states tax hospitals. Why? One answer is the perverse incentives built into the Medicaid law. When a state returns tax money to hospitals through Medicaid “supplemental payments,” it qualifies for matching funds from Washington.

At long last, deep-blue Connecticut has adopted a new, bipartisan $41 billion two-year budget, which closes an alarming $5.1 billion deficit. After four months’ operating without a budget, there’s relief across the state and amazement at the bipartisanship.

The relief may be short-lived, since the new budget itself forecasts big future deficits. These deficits should be expected, given sharply escalating public-sector labor costs.

After a four-month battle, Connecticut appears to have a tentative budget — and, of course, more than $1 billion of new taxes to close the deficit in the state’s roughly $40 billion two-year budget. This would be the third round of billion-dollar tax increases under Democratic governor Dannel Malloy.

You may conclude that this is just another round of the usual tax-and-spend policies of Democrats in absolute control of a deep-blue state.

Dreamers may end up staying, but we shouldn’t allow open borders for child immigrants

After announcing earlier this month a phased termination of the “Dreamers” program (aka DACA), President Trump appears to be moving quickly to strike a deal with Congress to put in place legislation to implement this quasi-amnesty program that President Obama launched by executive order in 2012.

Obama’s order protected about 700,000 illegal immigrants who arrived as minors between 1991 and 2007 — brought by their parents, as the story line goes.

Since 2007, another wave of foreign minors has been entering the country, this time unaccompanied by parents. Since 2012, they’ve come in large numbers — they now number more than 250,000. It’s hard not to see moral hazard.